Heart of Gathering: Mountain Stage Takes the Front Porch to the Airwaves 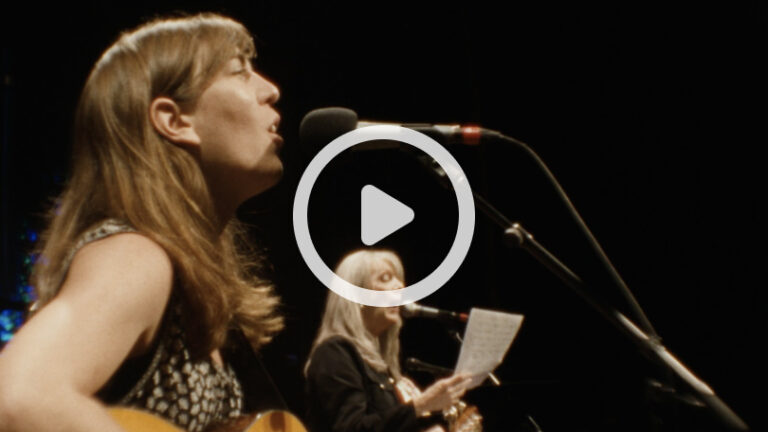 Our Heart of Gathering Series introduces you to event creators who are helping to foster a sense of community. Discover how these creators bring their passions to the world. Watch Mountain Stage’s full story here.

Since 1983, legendary songwriters like Rosanne Cash and John Prine as well as more contemporary acts such as Wilco and Tift Merritt have taken the stage at the Culture Center Theater in Charleston, West Virginia, sharing songs among the rolling hills of Appalachia. The locally-produced “Mountain Stage” radio show has long provided a platform for folk, country, rock, blues, and jazz artists of all stripes, generating a cultural footprint that extends well beyond its home base in West Virginia. Nearly 300 National Public Radio stations across the country broadcast the two-hour program.

For the show’s host, Grammy Award-winning country singer-songwriter Kathy Mattea, taking the stage at the Culture Center Theater feels like coming home. After growing up in nearby Cross Lanes, West Virginia, Mattea moved to Nashville at the age of 19, where she eventually signed to a major record label. Throughout her career, she has returned to Charleston to perform on “Mountain Stage” — and in 2021, she took over from Larry Groce as the show’s full time host.

“It checks every box of what I value in the world,” says Mattea. “A place to steward new music. A place for musicians to get their music heard. A place to honor people who have done music that has touched all our lives. And the best of what Appalachian culture, and West Virginia in particular, has to offer.”

Cultivating a sense of place

Of the few remaining national programs that broadcast musical performances, most are based on one of the coasts, whether it’s late night talk shows in New York and Los Angeles or radio stations like KEXP in Seattle. That makes “Mountain Stage” an outlier among its peers, inviting artists and audiences to a Southern city of less than 50,000 people. It’s a distinction that’s become an integral part of the show, demonstrating that exciting cultural offerings aren’t limited by geography.

“Part of what I think is so special about Appalachia and West Virginia in particular is that people have a sense of place here that has been lost in much of the rest of the country,” says Mattea. “I think there’s a sense of pride, for the people who live here in Charleston, that their community has created something like [“Mountain Stage”].”

Making space for the next generation

As an artist who appeared on “Mountain Stage” early in her career, Mattea recognizes exactly how valuable the platform provided by the show can be. For acts like Norah Jones, R.E.M., and Nickel Creek, performances on “Mountain Stage” were among their first nationally-broadcasted appearances, exposing their music to a wider audience. The show still makes space for emerging artists on its broadcasts, from alt-folk singer Kate Vargas to twangy Southern rocker SG Goodman.

“At this point in my life, shining a light on other artists feels like a very natural shift, so that it’s not just all about me.” says Mattea. “I get to facilitate something for someone else that’s as beautiful as what I experienced.”

While anyone can tune into “Mountain Stage” on their local public radio station or download the show in podcast form, neither of these mediums are able to exactly duplicate the experience of being in a theater where a song is unfolding in front of you. For Mattea and many of the artists that come to West Virginia to perform, one of the most attractive aspects of recording the show is being in a room with a live audience that’s responding to their music and banter in real time.

“There’s this communication between the audience and the performer that only happens when it’s in a live venue,” says Mattea. “We believe that it’s very important to keep it alive.”

Tune in to the culture of Appalachia by watching Mountain Stage’s story.

Interested in attending a show? Follow Mountain Stage on Eventbrite to be alerted when new events are added.

Check out the rest of the creator stories in our Heart of Gathering series: Marrow, SoulfulofNoise, and Oddities Flea Market.

Our Heart of Gathering Series introduces you to event creators who are helping to foster a sense of community. Discover how these creators bring their passions to the world. Watch Mountain Stage’s full story here. 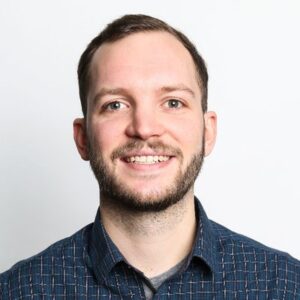 Zach Long is a content specialist at Eventbrite, managing collections and helping to highlight the work of event creators. He specializes in writing about music, art, and culture and was formerly the editor of Time Out Chicago, where he covered the city's thriving events scene. 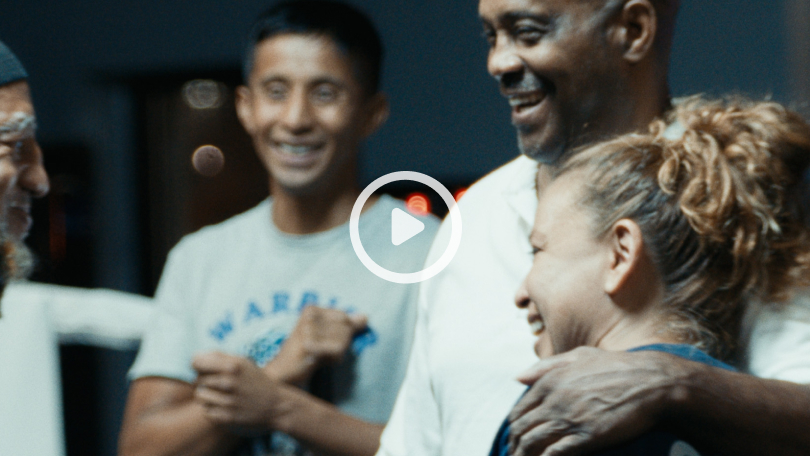 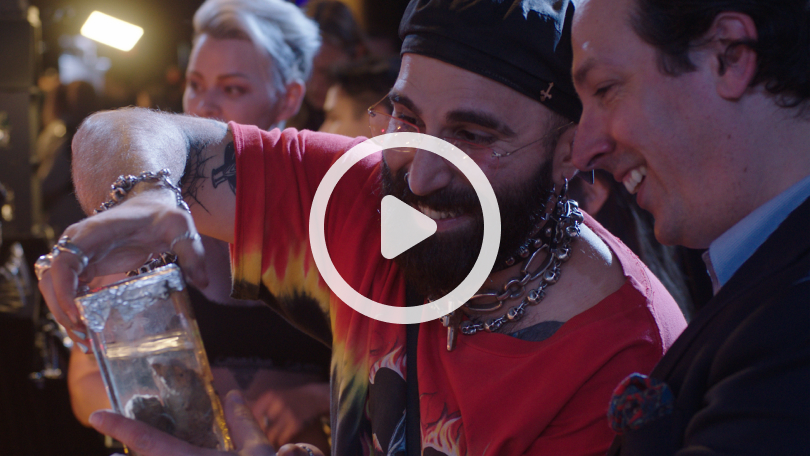 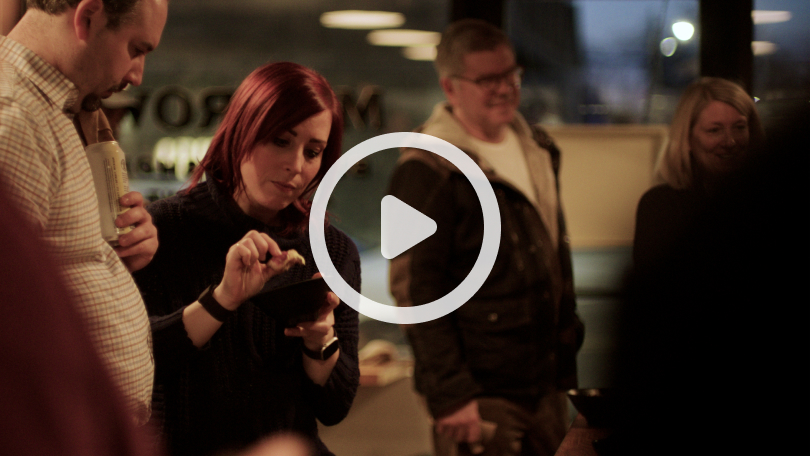 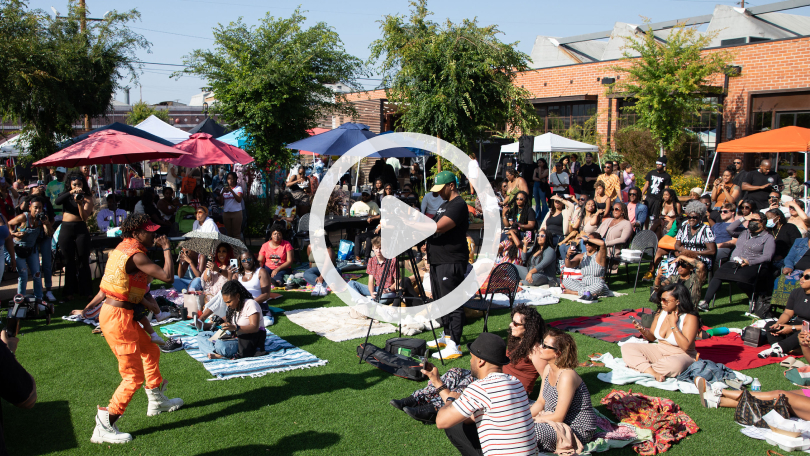