Event Ideas for St. Patrick’s Day Celebrations in Your Community 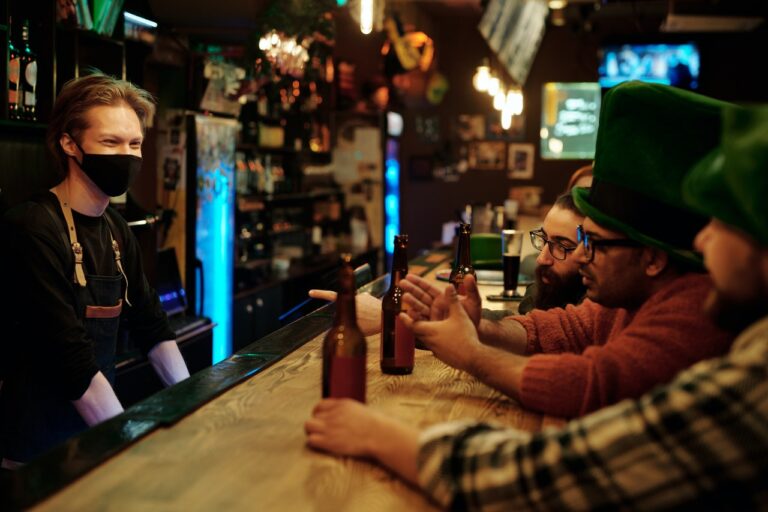 Did you know that St. Patrick’s Day is celebrated in more countries than any other national festival in the world? Across the United States, Canada, Argentina, and New Zealand, and in many other countries, people come together to embrace what it means to be Irish. Rivers, beer, and beards alike all get dyed green as parades reign the streets, reels and jigs fill the air, and people around the globe revel in the spirit of Irishness.

Although COVID-19 has limited our opportunities for celebrating St. Patrick’s Day for the last couple of years, there is more scope this year to reignite the worldwide celebrations and enjoy ourselves (although it may still be wise to leave the “Kiss Me, I’m Irish!” t-shirts in the closet). Also, thanks to the growth and popularity of online and hybrid events, it’s also easier to bring people together, no matter where they are.

In Ireland, St. Patrick’s Day was predominantly a religious celebration until 1903, when it was announced as Ireland’s National Holiday. In the United States, Irish immigrants started the earliest reported St. Patrick’s Day parades in New York City and in Boston in the late 19th century, and they’ve grown ever since. These days, the religious aspects of the holiday often take a backseat to the public celebrations, as millions of people gather on New York City’s Fifth Avenue and in downtown Boston to watch dancers, bands, and bagpipers parade past. Across the Irish Sea on the Emerald Isle itself, Dublin hosts its multi-day St. Patrick’s Day festival with four days of trad sessions and rabble-rousing in Temple Bar.

And the celebrations have spread from the US, Ireland, and the UK across the globe. Over 690 iconic landmarks across 66 countries will turn green to participate in Tourism Ireland’s Global Greening Initiative. It started in 2010 to encourage landmarks worldwide to ‘go green’ for St. Patrick’s Day. The Sydney Opera House and the Sky Tower in Auckland were first to light up in honor of ancient Hibernia’s patron saint.

While throwing a parade may not be on your agenda, there are plenty of equally fun ways you can celebrate Irishness this year. Here are just some St. Patrick’s Day event ideas to get your community’s Celtic juices flowing.

Host an Irish cooking class and show your guests how to prepare classic dishes such as soda bread, Colcannon, or traditional mutton stew. This idea can also be easily pivoted to an online cook-along event.

While Irish dancing is often a physically demanding discipline, it can be surprisingly accessible for people with a range of ability levels. Consider hiring traditional Irish musicians to accompany the festivities. And don’t forget to add some incredible food and beverage experiences to round out the night.

Ireland has produced some of the world’s finest and most renowned literature. Throw an Irish poetry evening and you’ll be spoiled for choice, with classics like W.B Yeats, Samuel Beckett, and James Joyce, as well as more modern voices such as Seamus Heaney and Rachael Hegarty. Serve Irish snacks and Guinness alongside for a truly cozy and cultural evening.

The Ould Sod is famous for the wit and humor of its people, with such comedians as Graham Norton, Tommy Tiernan, and Maeve Higgins currently leading the way. Celebrate Irish humor on St. Patrick’s Day with an Irish-only comedy show. That’s what Big and Clever Productions is doing at London’s Backyard Comedy Club — they’re showcasing the best in Irish comedy.

In addition to traditional Irish music, Ireland has also produced world-class rock and pop acts — U2, The Pogues, Dropkick Murphys, The Cranberries, Sinead O’Connor, and the list goes on. Host an Irish pop music disco, playing tracks strictly by Irish artists and bands, or stick to the same theme for a karaoke night.

Alongside music and literature, Irish painters, sculptors, and photographers have blazed new paths in their respective fields, including Irish-born painter Francis Bacon, photographer Michael Craig-Martin, and cubist painter Louis Le Brocquy. Lead a tour that focuses on leading Irish artists at a local museum, or visit an online collection, and see the world in a new way.

The word “whiskey” itself comes from the Gaelic phrase, uisce beatha, or “water of life.” For an exclusively adult event, hold a whiskey tasting. Again, you may want to consider hiring an Irish fiddler or two to add an extra level of atmosphere.

Keep things cultured with a film screening, where guests can buy drinks and snacks and enjoy some classic Irish films. Our recommendations for feel-good films are The Commitments, Once, and Killing Bono, though historical and thematic works like The Wind that Shakes the Barley or David Lean’s classic epic Ryan’s Daughter are worthy choices.

Liven up regular St. Patrick’s Day events by adding in a scavenger hunt element. Give teams a list of green or Ireland-themed items to take a photo of or bring back for the judges. The team with the most items receives prizes.

Although 2022 has seen the return of many in-person events, virtual events have also recently given the global Irish community a way to celebrate. Virtual events are generally more accessible, making them an inclusive way for communities to come together. If you need more inspiration on how to give your fans a way to celebrate St. Patrick’s Day at home, look no further than these virtual event ideas.

Cozymeal is hosting an online cooking class called Boozy Irish Comfort Food, showcasing a delectable traditional cottage pie and an Irish car bomb pie for dessert. Irish cuisine offers wide range of flavors and ingredients, so mix it up with adventurous dishes like black pudding and crubeens, or showcase how to make a cheese such as Irish cheddar.

A virtual introduction to the Irish language

The Irish language has roots that are lost to the mists of time but can be dated back to at least the 3rd or 4th century. It’s related to the Celtic languages of the ancient Gauls, as well as to modern-day Welsh, Scottish Gaelic, and Breton. Introduce language lovers to the unique sounds and spellings of this venerable tongue. You might be surprised by how many Irish language academics would be open to sharing their knowledge online.

The New York City Urban Sketchers regularly puts on sketch events, designed to get participants drawing the places where they live and travel. On March 12, event attendees can join online and sketch images of Ireland together. If you host a creative online event, let the participants interact by breaking out into groups for feedback and notes, and then sharing their creations with others.

The recent return to in-person events makes this year pretty special. So, give your attendees something to remember and use the ideas above to host a truly distinctive and authentic Irish event.

Then, once you have your event idea picked out, make sure you’re signed up for Eventbrite so you can host your St. Patrick’s Day event in a few easy steps.

Plan Your Event With Eventbrite 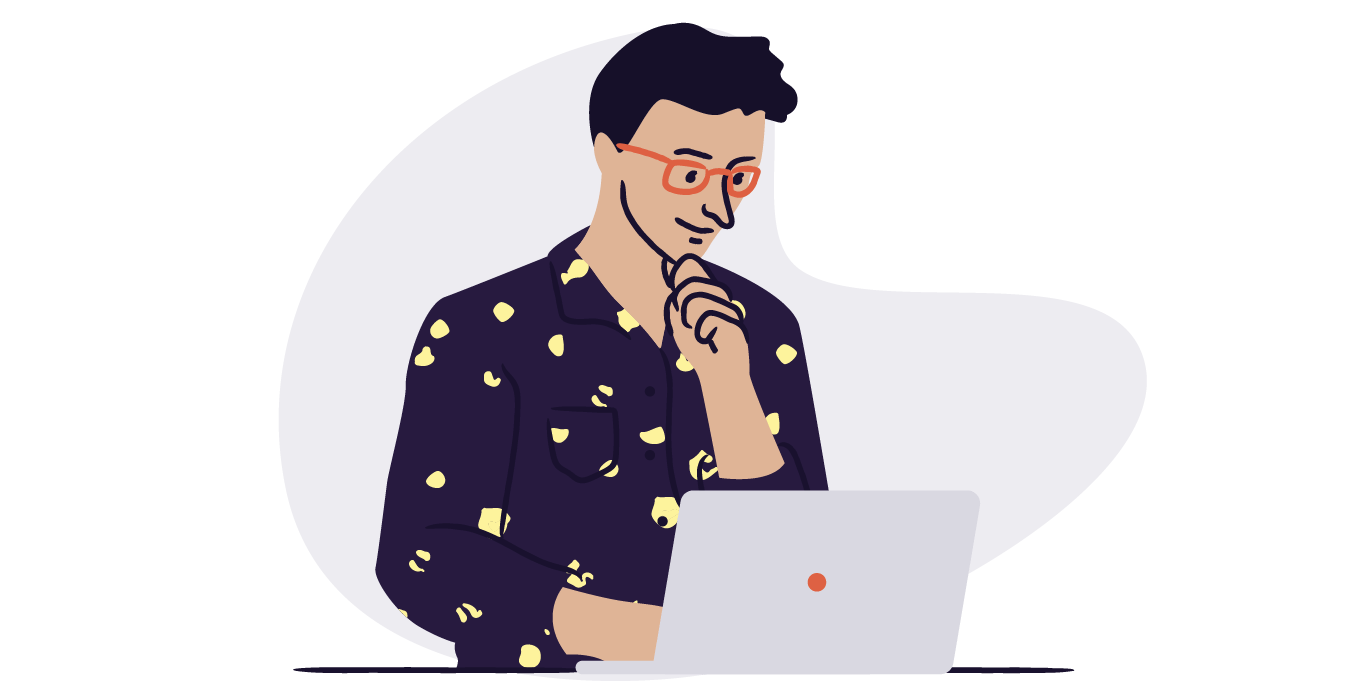 Hannah Phelvin-Hartley specialises in producing content for the lifestyle, education, engineering and automotive, politics, human rights and legal sectors. She can translate from Italian, Spanish and French into English. In her free time, Hannah can usually be found cooking, reading, practising Yoga and dancing. 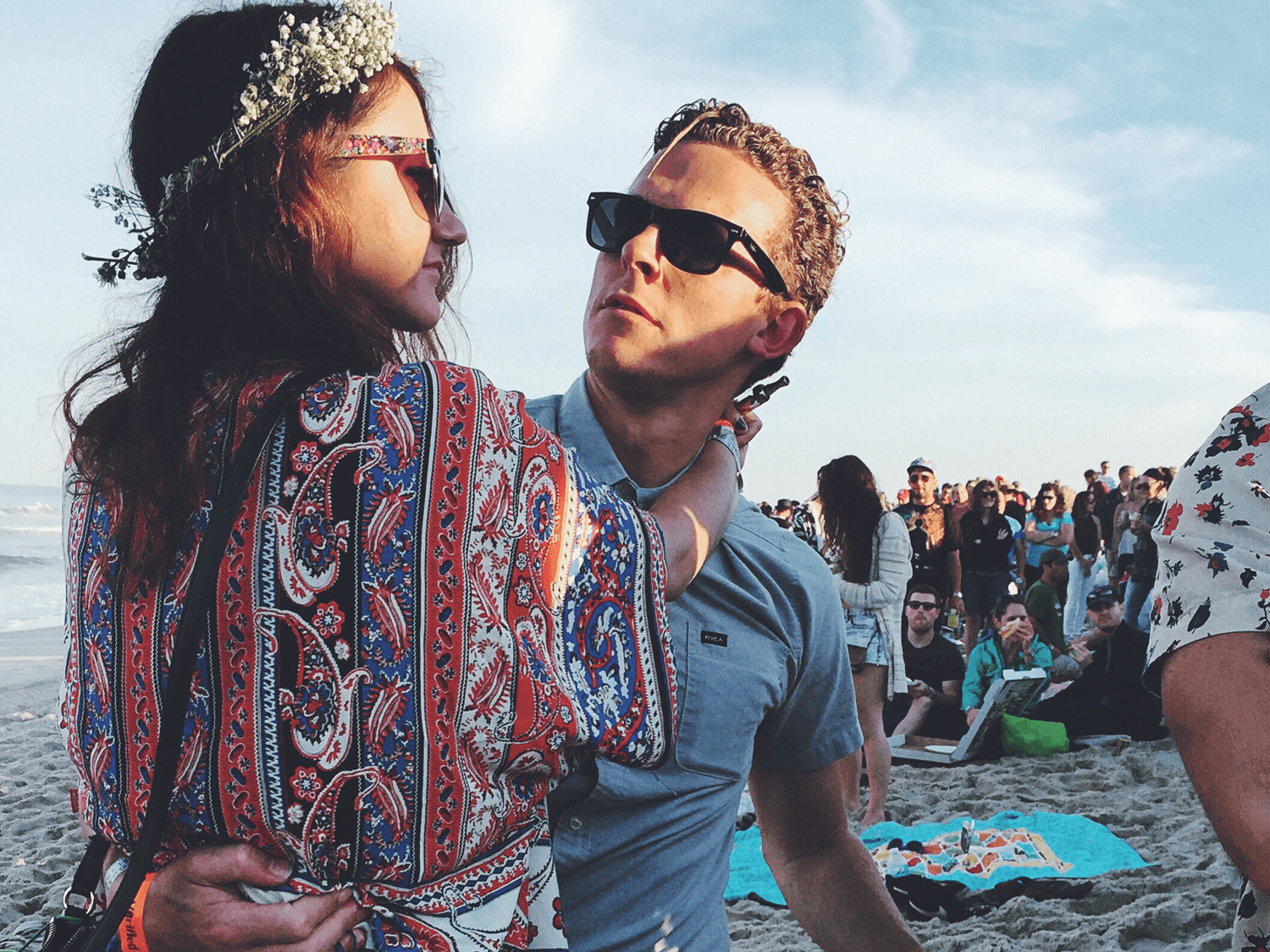 Event planning
How to Organize a Speed Dating Event