Know what’s happening in your city.

Check out this month's hottest events

5 Must-Eat Dishes at Off the Grid

Just when it seemed like San Francisco had opened every single bar and restaurant one could possibly need, we’re delighted to find out some things were actually missing: a super-chill cocktail lounge with awesome music, a tequila-focused bar in SoMa, a bakery with the best cookies ever, a gourmet scoop shop, and an Irish pub across the Bay. And now that they’re all here, it’s hard to know how we ever lived without them. Hopefully we’ll never have to again. 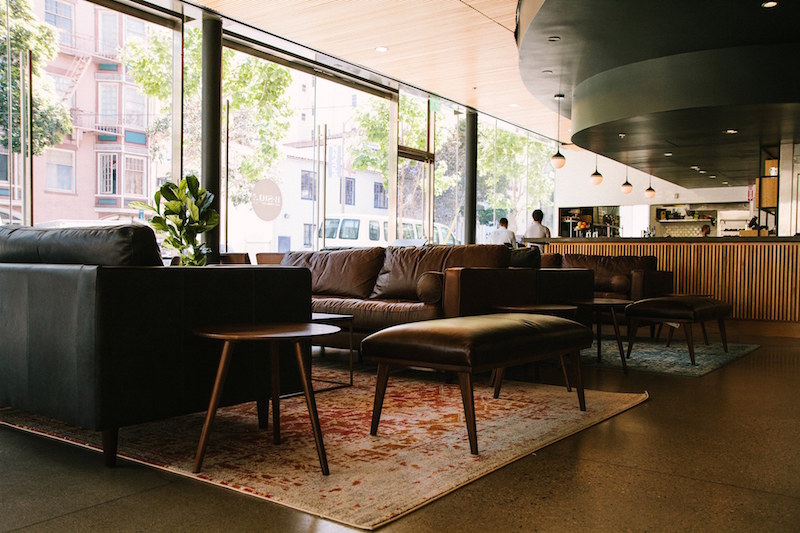 There’s a new cocktail lounge and restaurant inside the SFJAZZ center where you can chill out on comfy oversized leather couches while listening to vinyl records, which double as art via open shelving against the wall. The vibe is laidback mid-century, which works perfectly, especially since, unlike what you’ll find in most SF cocktail bars these days, B-Side’s goal is to be wholly uncomplicated.

Of course, it’s SF and our version of “uncomplicated” is not what you’d find in other places (in a good way). That means the seasonal drinks are made using creative ingredients in interesting ways; there are just fewer ingredients than you’ll find in the drinks at “fancier” cocktail bars. Be sure to try the Hotplate (aperol, lemon, wasabi, honey, absinthe) and the 9 Wood (gin, lime, grapefruit, cardamom, vanilla, coffee, sparkling wine). The food menu is also incredibly approachable and delicious, with options like a fried chicken sandwich, B-Side hamburger with crispy cheese, and cold chicken salad… simple fare that uses just three or four ingredients and costs $6 to $16. 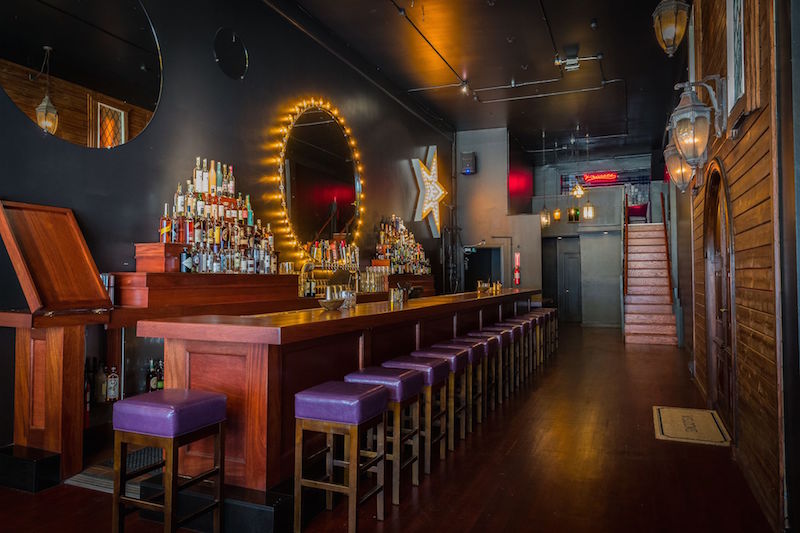 The guy behind House of Shield, Natoma Cabana, and Rx just opened a new watering hole in the former Dada Bar space that’s for sure going to become your favorite spot for happy hour, especially if you work in SoMa. The vibe is dive bar meets fun house meets brothel—in the best way possible. A giant star flashing in the window lures you into the dimly lit, narrow space where you’ll either sit on purple stools at the mahogany bar or in a booth upstairs illuminated by a neon “private” sign that came from a porn studio in LA. Of course it did.

As far as what you’ll be drinking, well, there are nine house cocktails and they’re all made with tequila or mezcal and cost $12. Probably you should try the signature drink—the Tequila Mockingbird—which is made with blanco tequila, curacao, grapefruit, and lime, and will definitely take your night in a whole different direction if you have more than one. Trying to behave? Then order one of the 14 beers on draft.

Oh, and about that mansion door on the wall with the welcome mat in front of it? Well… we’ll let you figure that one out on your own. 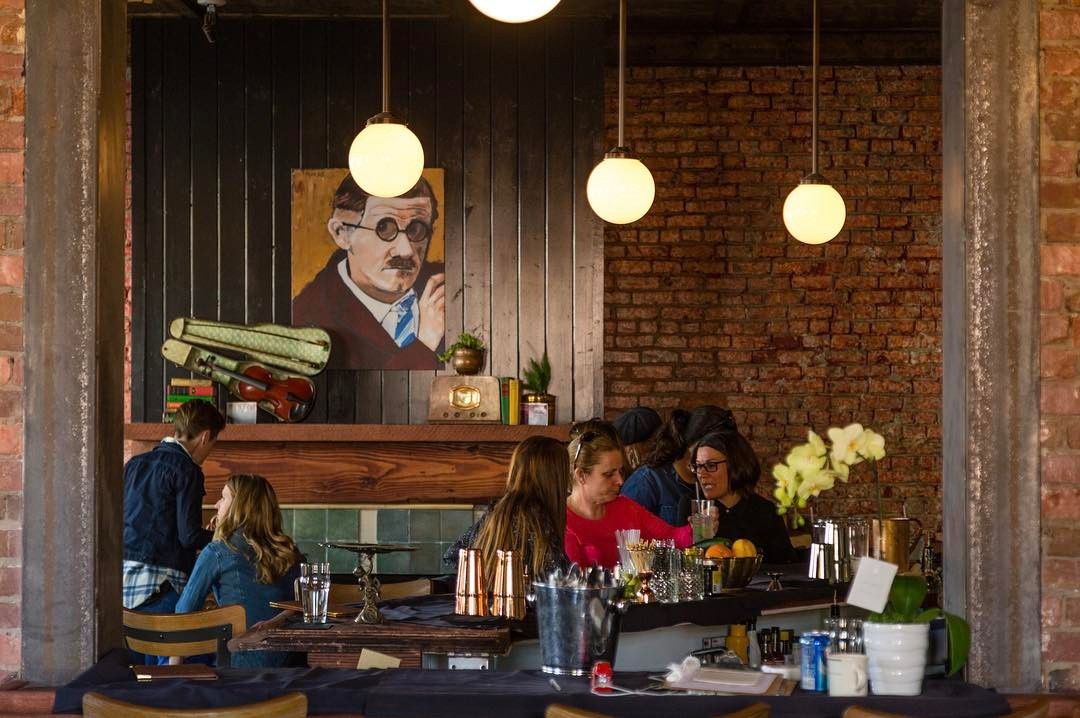 Okay, okay, so this spot isn’t in San Francisco, but if you like an Irish pub, then it’s totally worth a trip across the Bay. First things first: it’s pronounced slon-cha, which we’re only telling you so you can feel totally superior when your friends make it rhyme with ain’t. And also because it’s how you say “good health” or “cheers” in Irish Gaelic, which you’ll be saying a lot once you get your hands on the extensive whiskey collection or a perfectly poured pint of Guinness. There’s also a menu of classic cocktails (Old Fashioned, Ramos Gin Fizz, Irish coffee), as well as a few frosty treats, like a Shamrock Shake (soft serve, creme de menthe, whiskey, fernet) and Guinness Float (Guinness Stout over ice cream) because what’s the point of dessert if it doesn’t include booze?

The food menu is all about traditional Irish cooking, so expect dishes like fish and chips and shepherd’s pie, as well as Irish breakfast—black & white pudding, Irish pork sausage, Irish bacon, and eggs and boxty—all day long.

The inside feels like a real pub thanks to exposed brick walls, wood paneling, built-in booths, dart boards, books by Irish writers and poets, TVs playing European sporting events, and the pièce de résistance: a fireplace in the main room. Fancy yourself a musician? Anyone with a fiddle, bodhrán, banjo, or guitar can stop by whenever and play a tune… though mics and amps aren’t allowed, so as not to disturb conversation. 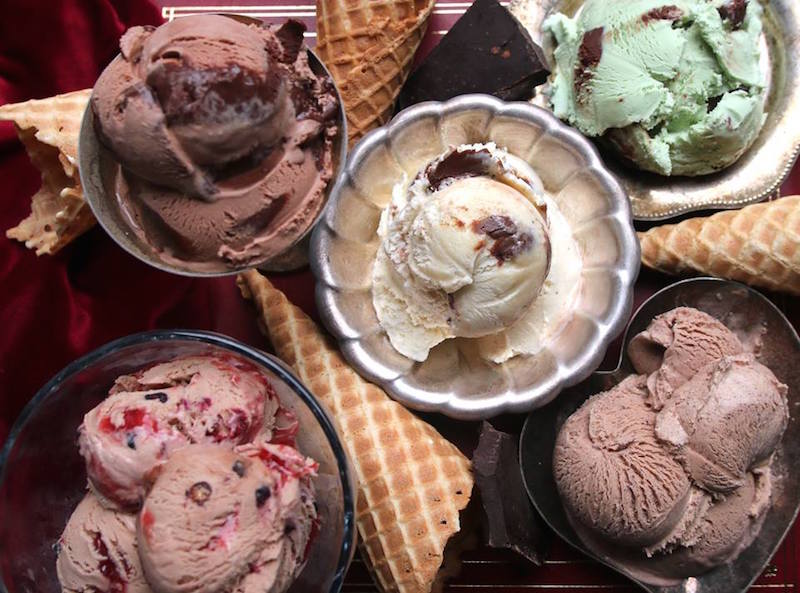 Finally, we can indulge in scoops of ice cream in fancy flavors we’ve only been able to gawk at on Instagram. Flavors like sea salt with caramel ribbons, peach vinegar cobbler with toasted nutmeg, salted honey marshmallow and walnuts, honey lavender, olive oil and lemon custard, and almond brittle with salted ganache. Not sure which one you want? An “ice cream sommelier” will walk you through ‘em until you find the one you love the best. (Hint: it will be all of them because picking favorites when something tastes this good is simply not possible.)

And even though our favorite part is how yummy the ice cream is, we have to say we also love that it’s chef-driven, small batch, and handmade with all natural cream from local farms. They also use the best local, organic, and sustainable ingredients available. Yeah, it’s soooo very West Coast of them, but we totally dig it. And dig into it. Just as long as those hippies don’t make us share! 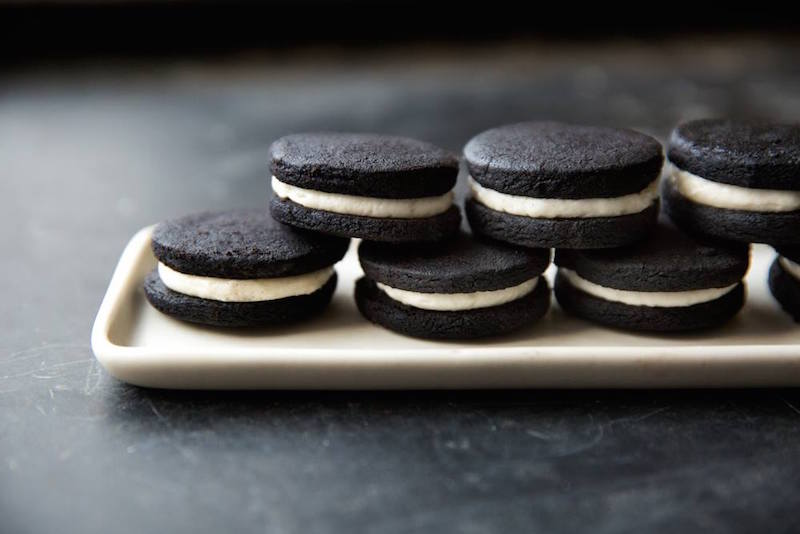 We’ve been huge fans of Black Jet Baking Co’s sweet treats ever since they started delivering cookies made in a commercial kitchen space to SF offices in 2010. So we were extra thrilled that owner Gillian Shaw’s recent Kickstarter campaign to raise money so Black Jet could move into an actual bakery was a huge success. And that as of earlier this month, it’s officially open.

There’s no seating in the bakery—it’s meant as a place you can pick up to-go orders—but that’s probably a good thing since it means you’ll have more opportunity to walk off your sweet treats. What to order? Well… all of it. But if you have to choose, our faves are the Crack *a* Roons, lemon bars, strawberry PoPs (a take on the Pop Tart), and pretty much all of the cupcakes and pies. What? We’re happy little piggies and someone’s gotta do the research, right?

If you need to shove that Boston Beam Croissant into your face immediately, you can do so while sitting on one of the benches outside. And Black Jet is also serving Ritual Coffee in case you need something to wash it all down with. 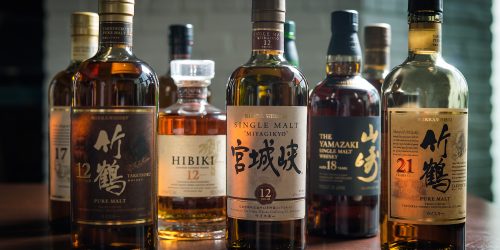 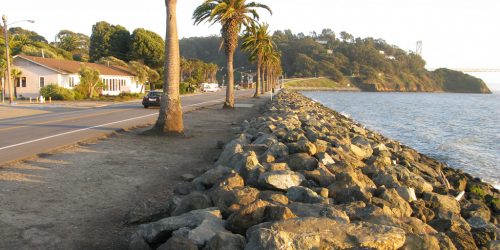 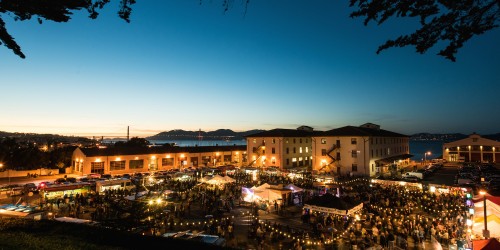 5 Must-Eat Dishes at Off the Grid