Eventbrite’s site started as a typical mid-2000s monolith server rendered application. Although we recently moved into a React stack, we have experienced a lack of flexibility, coupling, and scale issues.

The Frontend Platform team wants to give developer teams autonomy, flexibility, and most importantly ownership of their apps so that they can move at the pace they need to provide value to our users. We have a vision: we want to get to a world where each React application can be both developed and deployed individually. In short, we want micro-apps. In this blog post series, we relate our quest for this vision, so keep on reading! 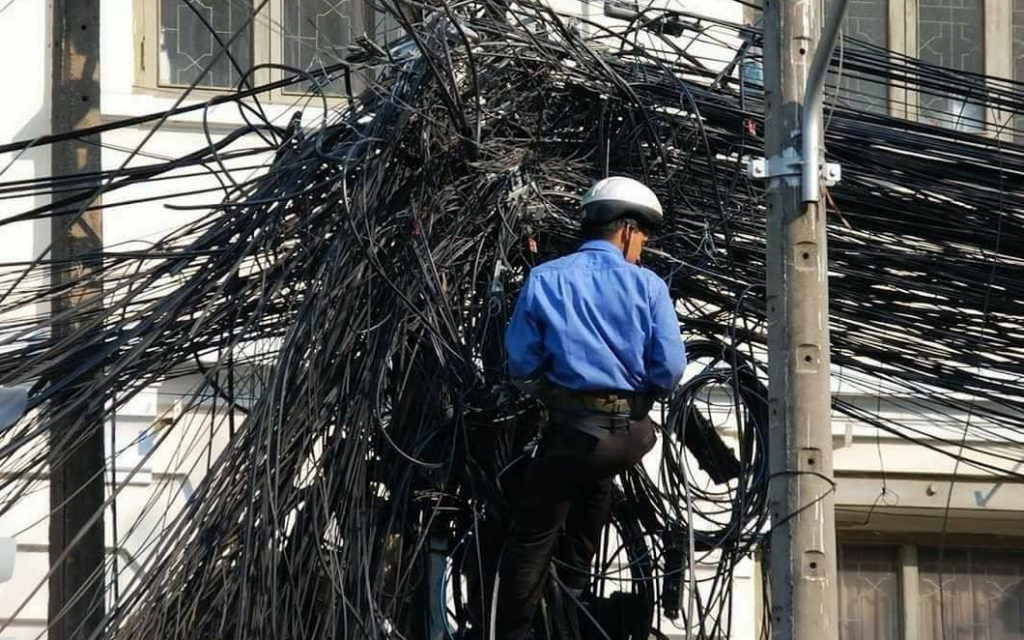 It’s been a long journey

Eventbrite built its website in the mid-2000s before the concept of a JAMstack (sites built solely on JavaScript, APIs, and Markup) was ever a thing. As a result, the site was a typical monolith application where the backend code (Python) rendered the frontend (HTML) to generate a website. In modern web architecture, we now create an entirely separate API/services layer so that there can be other data consumers, such as mobile apps or external developers.

Later on the frontend, we sprinkled in some jQuery for light client-side interactions. Once we needed more sophisticated experiences, we started using Backbone (and then Marionette). Then in early 2016, the Frontend Platform team added a React-based stack, with the hope of deprecating the legacy jQuery and Backbone apps over time.

Eventbrite isn’t one SPA (single-page application), but a collection of many applications. Sometimes an application is as big as a whole section of the site, like Event Creation/Management or Search & Browse, and other times it’s just a single admin page. In all cases, however, they are universal React apps rendered both server- and client-side.

If you’re interested in how we accomplished server-side rendering with our Django backend, take a look at a talk I gave last year on it:

Although we’re moving more server-side logic into microservices accessible via the Eventbrite APIv3, our React apps are still tied to the core monolith in many unfortunate ways:

We render server-side through our Django monolith (watch the video for more details), so the Django layer makes calls to the microservices directly to retrieve initial data. These calls are mimicked in JavaScript for subsequent client-side data retrieval.

The HTML templates used to hydrate the React apps initially are in Django-land, so all the data and environment information (locale and other context) have to come from the monolith.

Because of the reasons above, to create a React application, you also need to create some Django scaffolding, including routing. As a result, the React apps live in the same repo as the core monolith so that developers wouldn’t have to try to keep two separate-yet-not-separate repositories in sync.

Our React apps themselves aren’t truly separate. They are technically multiple entry points within a single React monolith that have a single package.json and shared bundling, transpilation, and linting configurations. If one team wants to change a dependency for their app, they need to ensure it doesn’t break the 29 others.

Because all of the apps come together under one single app, we can import components and utilities across applications. We’ve tried to actively discourage this, but it still happens. Instead, we’ve advised teams to put shared dependencies in the (unversioned) “common” folder.

The Frontend Platform team currently oversees the dependencies that all the apps use. We need to ensure development teams don’t accidentally back us into a corner with a library choice that prevents us from moving the platform forward in the future. We also need to make sure that those apps not actively being developed do not break with dependency changes.

We have a vision

We need to give teams autonomy, flexibility, and most importantly ownership of their apps so that they can move at the pace they need to provide value to our users.

We have a vision: we want to get to a world where each React application can be both developed and deployed individually; we want micro-apps. For development, devs wouldn’t need the rest of the site running. They could just build their app on their local machine talking to APIs running on our QA environment. Moreover, for deployment, the entire site wouldn’t need to be deployed to deliver new code to our users for a specific app. However, while the apps are independent, they must still feel cohesive and consistent with the rest of eventbrite.com for our end users.

Micro-apps aren’t a novel idea in the industry, but we believe that it will be immensely transformational for us.

The thing is, the Frontend Platform team can’t just disappear for 6+ months and come back with a shiny new environment. It is too risky. It’s uncertain because the project is so massive. Moreover, it’s dangerous because it’s all or nothing. If at five months the company’s priorities change and we need to work on something more important, we would have five months of sunk cost.

So the plan is to rebuild the entire plane while it’s cruising at 36,000 feet. We’ll work on this project iteratively, breaking it down into smaller goals so that we can provide value frequently. It’d be like flying from SFO to JFK and midway through getting more legroom, free Wi-Fi, or lie-flat seats. We never want to be too far from a place where we can pause the project to work on something of greater importance. If all you got during the flight was the legroom and Wi-Fi, that would be better than having to wait for another flight to get all three.

You may have noticed that I haven’t been speaking in the past tense but in the present. That’s because we’re not done! We want to share our learnings as we go; not just the technology, but also the logistics and processes behind it. We want to share what worked, what didn’t, and what challenges we faced in hopes that you will be able to learn from what we’ve accomplished in real time.

We’re applying the same iterative approach to this series, so I’m not quite sure how many posts there will be. The team has a rough breakdown of the milestones that we want to hit and the value they provide. However, there may not be a one-to-one mapping between milestones and articles.

In any event, let’s kick things off with Part 1: Single App Mode.

4 Replies to “The Quest for React Micro-Apps: The Beginning”